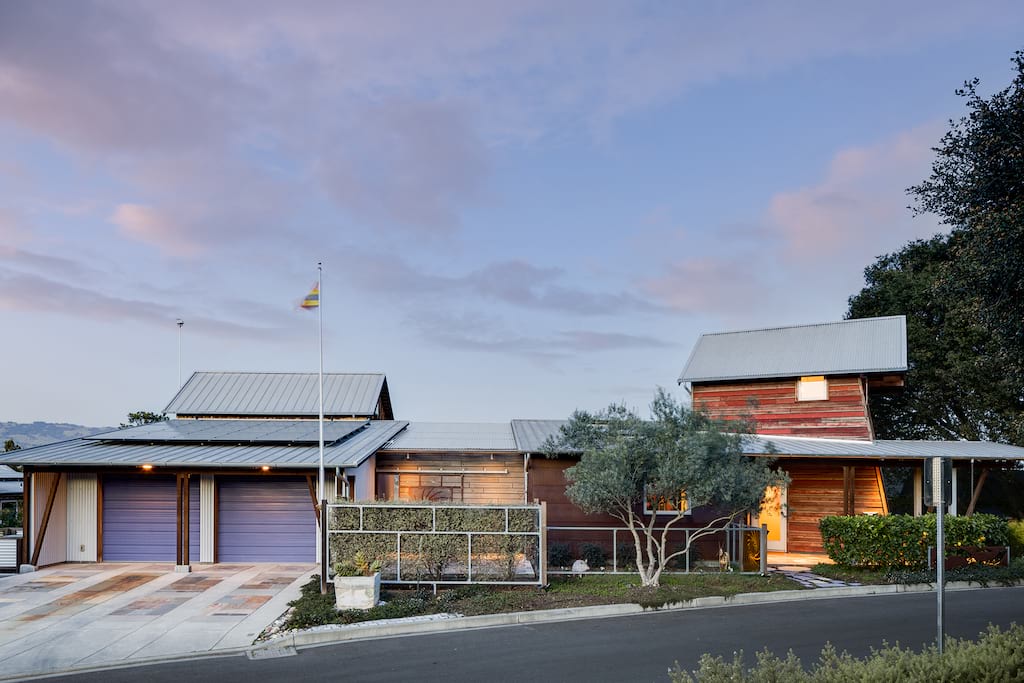 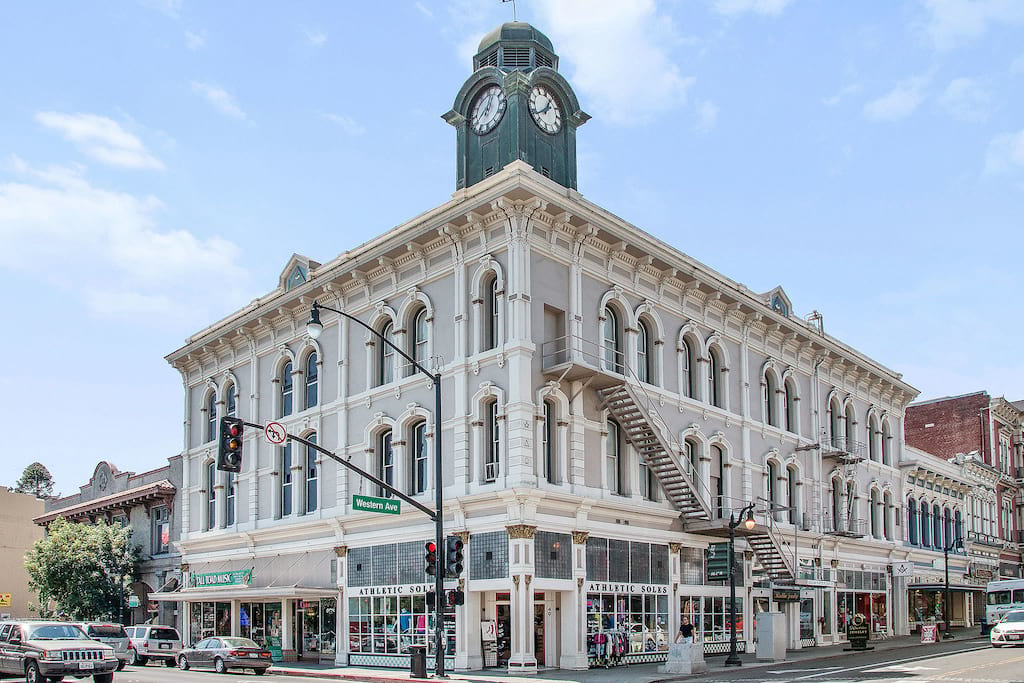 Known as the MIJI House, this most imaginative and creative home inspired by Architect Tom Kundig (Seattle) was the recipient of an American Institute of Architect's Custom Residential Design Award in 2016; difficult to define this property with an architectural style. A favorite feature is the exposed steel framing and corrugated steel ceiling in the great room - blending both industrial and artistic genres. Each room provides it's own dramatic experience with a 180 degree view of the entire Petaluma Valley, Eastern Sonoma County and beyond, with a backdrop that ranges from Mount Diablo to Mount St. Helena. All that, and still a short stroll to downtown Petaluma's wide range of restaurants and the theater district. Inside, you'll discover an adventure at every level, featuring guest quarters; an art studio with a hot tub and retractable garage door to the rear yard; a craftsman's dream workshop; an abbreviated apartment with built-in bunkbeds and a separate bedroom; and so much more.

Old-timers will remember Petaluma as the egg basket of Sonoma County. Thousands of chicken farms once operated on the outskirts of town. Today, Petaluma retains its rural feel, but those chicken farms have given way to vineyards, and increasingly, housing developments for residents who appreciate the access to relatively affordable homes and the direct commute to San Francisco 35 miles south on Highway 101.

If there is a single word to describe Petaluma and its homes, it is “picturesque.” The older part of town to the west of Highway 101 has retained many of its old Victorian homes, the former mansions of the chicken barons. Petaluma's commercial core is on the National Register of Historic Places. The central shopping district, mainly two-story stone buildings, has recently undergone a revitalization that includes an emphasis on downtown living. Dozens of antique shops operate in the old-town district.

Petaluma is graced with a riverfront -- once the third-busiest in California -- that has been restored, as well as a river walk. The galleries along the river showcase work from some of the best artists in the North Bay. Restaurants along the river provide a perfect place to gaze at sailboats as they pass through the distinctive D Street drawbridge. The annual Butter & Egg Days Parade & Festival, held in April, hearkens back to a simpler time.